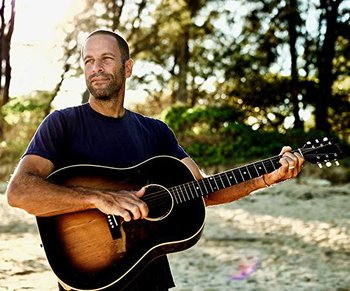 Jack Hody Johnson (born on May 18, 1975) is an American folk singer-singwriter, best known for his laid-back image.

Since debuting in 2001 with Brushfire Fairytales, Jack has become a favorite among many for his simple, catchy songs, his friendly manner with fans, and his relaxed, fun live performances. Many of his songs get significant radio airplay, and almost his whole catalog gets at least some.