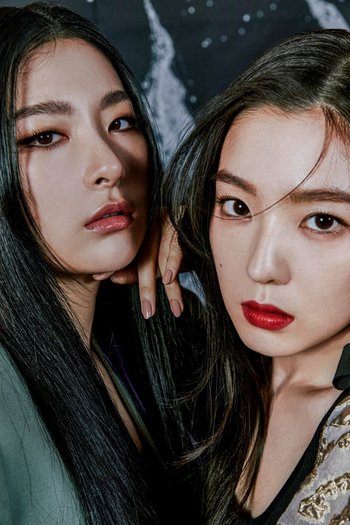 Plans for this sub-unit have been brewing since at least 2014 when Irene and Seulgi, oldest female trainees at the time, were paired for the "Be Natural"

Performance Video belonging to the SMROOKIES Project. The group was officially announced in 2020. The duo's debut Mini Album Monster had one title track, plus one special track "Naughty" available only with the physical copy of the EP. Music videos were released for both.

Tropes that apply to the sub-unit and its music videos