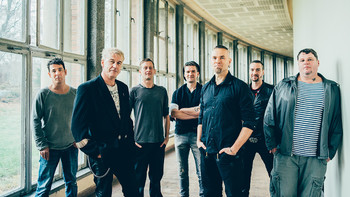 In Extremo is a German Folk Metal band from Berlin, founded in 1995, and is famous for being one of the first bands who combined medieveal instruments with rock music. Their name is Latin for At the Edge.

While their early albums were strongly influenced by the particular style of punk played in the German Democratic Republic, they later changed it to Metal and Neue Deutsche Härte. But their signature feature have always been the historic instruments like bagpipes, hurdy-gurdy, harp etc.