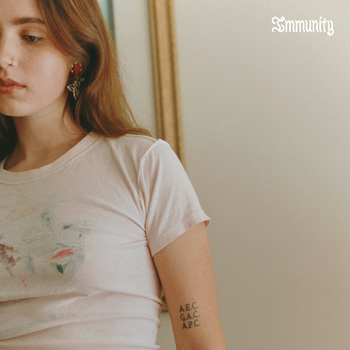 I was fifteen when I first felt loneliness.
It was a process of trying to turn negative experiences into positive ones. That was my main focus. Either I’m singing about something that happened to me so other people can relate to it, or I’m trying to bring light to a situation that could have negative connotations, be it your sexuality or how you view your body. I wanted to make a record for the 15-year-old me.
— Clairo during the London Evening Standard interview

Immunity is the debut studio album by Clairo, released in 2019.

Tropes appeared in this album: