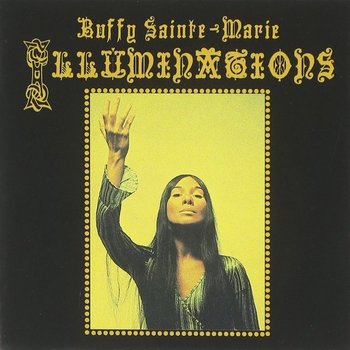 Illuminations is the sixth album by Buffy Sainte-Marie, released in December 1969.

Considered her most experimental record, It was one of the first music albums with vocals processed through a Buchla 100 synthesizer

as well as the first recorded using quadraphonic technology

, an early precursor to surround-sound. With the exception of a lead guitar on one track and a rhythm section employed on three of the last four selections, the music is entirely synthesized from Buffy’s voice and guitar, producing a wholly unique sound that has been considered a precursor to everything from gothic rock to electronic music.

Pretty tropes fall down on thee