iKON is coming to town... 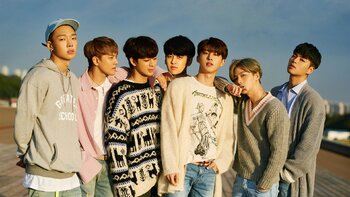 iKON is a South Korean boy band under YG Entertainment consisting of seven members. They debuted on September 15, 2015, with the song 'My Type'.

Six members of iKON (B.I, Bobby, Jinhwan, Junhoe, Donghyuk, and Yunhyeong) were originally introduced as Team B in the 2013 Mnet survival show 'WIN: Who is Next', competing with Team A (now known as Winner) for the chance to debut. Team B lost to Team A, who later debuted as WINNER, after three rounds of voting. iKON's lineup was finalized after the survival show Mix & Match, with the addition of Chanwoo.

However, after nearly four years of career, in June 2019, leader B.I left the group.