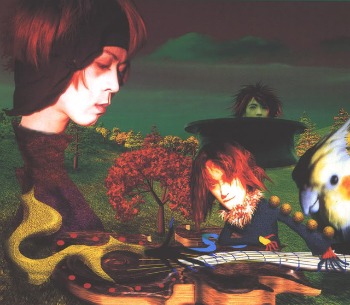 Guniw Tools (Pronounced "Gunyuu Tools") was a Japanese band with a flair for the bizarre and artistic. It began as a video/performance art brainchild of FULL in 1989; with the addition of musicians Jake and Asaki, the group produced an eclectic mix of Rock, Folk, Jazz, Punk and Industrial music. They signed with major label Victory Music in 1996. FULL directed a video for every single song in their discography, creating a strange visual world to complement their music. Lead guitarist and main songwriter Jake left in 1997, but FULL and Asaki continued making music until late 2000, when they decided to pursue separate endeavors.