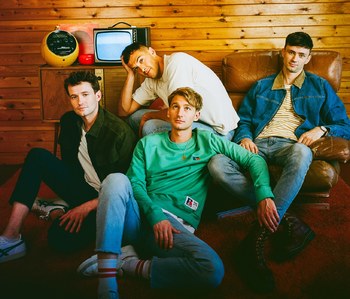 Cut back down to my knees, gotta get back, gotta get free.
Advertisement:

are a Indie TripHop Band from Oxford, England that formed in 2012. They are made of friends vocalist Dave Bayley, guitarist Drew Macfarlane, bassist Edmund Irvin-Singer and drummer Joe Seaward.

Not to be confused with Canadian rock band Glass Tiger.

"Oh, it's 2020, so it's time to change that
So you go make an album and call it Dreamland"
"I want you to be happy
Free to run, get dizzy on caffeine
Funny friends that make you laugh
And maybe you're just a little bit dappy"