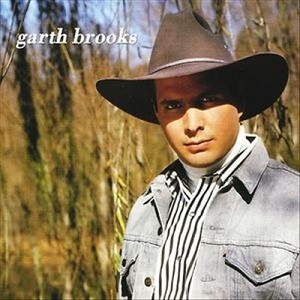 I could have missed the pain
But I'd have had to miss the dance
This ol' highway's getting longer
Seems there ain't no end in sight
To sleep would be best, but I just can't afford to rest
I've got to ride in Denver tomorrow night

I called the house but no one answered
For the last two weeks no one's been home
I guess she's through with me, to tell the truth I just can't see
What's kept the woman holding on this long
—"Much Too Young (To Feel This Damn Old)"
Advertisement:

Garth Brooks is the debut studio album recorded the by American Country Music artist of the same name. It was released by Capitol Records through their Capitol Nashville imprint on April 12, 1989.

After years of urging from friends, Garth finally got his first contract with Capitol Nashville, and began recording his first album. He would reflect later in his career on just how scared he was to release that first effort, and sometimes still feels that way when he sings some of its songs at concerts.

The album saw heavy influence from George Strait, and was fairly close to the sound of 80s country. Still, he made his voice heard, with several hit songs giving Garth his first taste of stardom, and the confidence to proceed with his music career.

It proved to be quite popular, and thus a star was born. The album would reach #2 on the Billboard Top Country Albums chart, and even hit #13 on the main Billboard 200 album chart. In fact, as subsequent albums drove him to superstardom, this album would end up lingering in the top half of the Billboard 200 for most of the next five years, resulting it being certified ten-times Platinum—and eventually Diamond—by the RIAA.

The four singles would be added to the European release of his next album, No Fences. This would lead to "The Dance" reaching #36 on the UK pop chart.

"When loving turns to leaving I'm always the first to trope:"