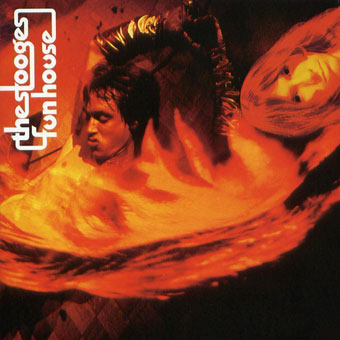 Fun House is the second studio album by The Stooges, released in 1970. It's best remembered for the hits "Loose", "TV Eye" and "Fun House". It is also their first album with saxophonist Steve Mackay, whose initial tenure with The Stooges was brief, but rejoined in 2003 and has been a member since. It is also their final album to feature bassist Dave Alexander, who would be sacked shortly after release. Ron Asheton would switch from guitar to bass, and James Williamson would join the band as the guitarist.

Like Raw Power after it, the album was unsuccessful on release, and only after Punk Rock took off around 1977 did it get retrospective recognition as a predecessor to the genre, and as such both are brought up as key albums in the development of Punk Rock.

Calling from the trope house!