Music / From Elvis in Memphis 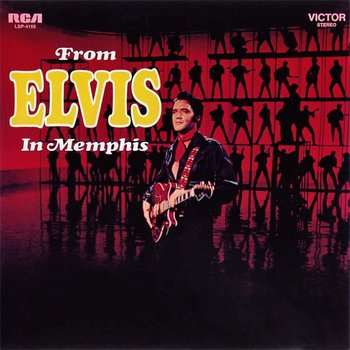 From Elvis in Memphis.
"I had to leave town for a little while..."
— Elvis Presley, opening the album
Advertisement:

From Elvis in Memphis is the twenty-ninth studio album by Elvis Presley, released in 1969. It was released directly after the Live Album Elvis (NBC TV Special) from 1968 and also a return to making actual music that wasn't the Cult Soundtrack to some movie.

His 1968 comeback special had made Presley interested in his native city and the Country Music and Soul music that was made popular there. The album, cut with ace producer Chips Moman, shows Elvis in top form, enjoying himself by covering music he actually liked and even bringing him back to the top of the charts with "In the Ghetto".