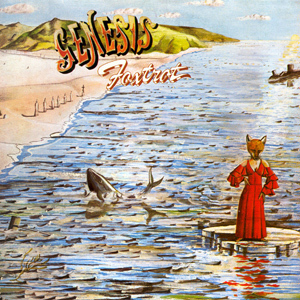 Walking across the sitting room, I turn the television off...
Advertisement:

This is an announcement from Genetic Control:

Foxtrot is the fourth studio album by Genesis, released through Charisma Records on 6 October 1972. Among others, it notably contains the 23-minute epic "Supper's Ready", which has its own page. It was Genesis' first album to chart in the UK, reaching as high as number 12 on the charts. Peter Gabriel, imitating the album cover, would wear a red dress and a fox's head during the tour for the album.

Preceded by Nursery Cryme, followed by Selling England by the Pound.

With the tropes of Magog swarming around, the Pied Piper takes his children underground:

It is my sad duty to inform you of a four foot restriction on humanoid height.