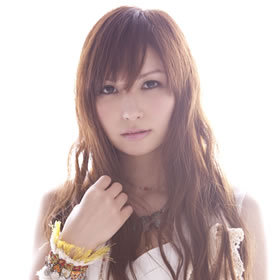 Faylan is a Japanese pop singer who gained fame in 2009 with her single mind as Judgment. Since then, she's done quite a few anime themes. Many of her songs have a heavy, rockish sound to them, though she does have lighter, more poppish numbers, too. Of course, she very definitely has the vocal range to match.

She hails from Saitama and is affectionately called "Faynyan" by her fanbase.

Tropes that apply to Faylan