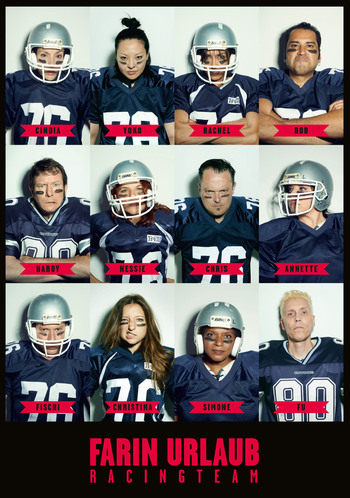 Farin Urlaub Racing Team (FURT), as the name suggests, is the band with whom Farin Urlaub tours and performs his solo work outside of Die Ärzte. Farin himself describes FURT as “an orchestra full of dynamite.” Prior to 2006, he presented himself as a solo artist, but beginning with Livealbum of Death, his solo catalogue is generally credited to the band.

American Announcer: ...and the next contestant, from Berlin, Germany – Far-eye-an Yer-laub!