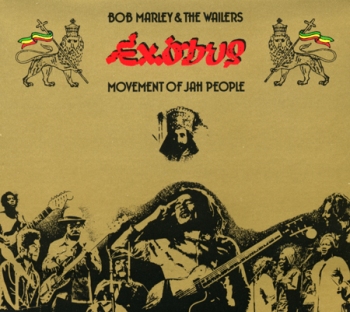 Exodus is Bob Marley's most famous and celebrated album, providing several hit singles, including "Exodus", "Jammin'", "One Love/People Get Ready", "Three Little Birds" and "Waiting in Vain". In contrast with most of his earlier output the album was recorded in London, rather than Jamaica, after Marley was the victim of a failed murder attack in his native country.

"Tropes of the People":