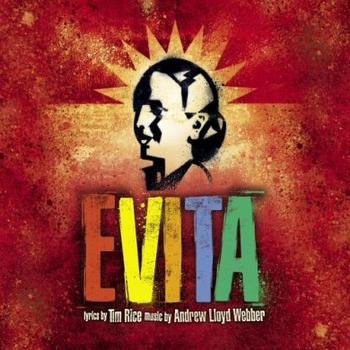 Evita is the 1970s musical by Andrew Lloyd Webber and Tim Rice, based off the life of Argentinean First Lady María Eva "Evita" Duarte de Péron, wife of Juan Péron. Based on a True Story - how much depends on whom you believe.

She marries Juan Péron and is a major force in his coming to power. She gives herself to Argentina, championing the working class even while draped in the trappings of luxury. While doing this, she sings lyrics that suggest political repression and duplicitous politics. She somehow ends up much beloved by Argentina, even though she doesn't deserve it.