Music / Everything That Happens Will Happen Today 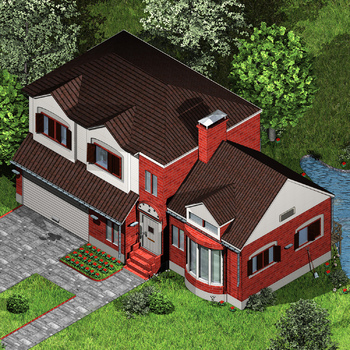 "A change of key will let you out."
"Where does the sanguine and heartening tone come from, particularly in these troubled times?"
—David Byrne in the album's liner notes.
Advertisement:

Everything That Happens Will Happen Today, released in 2008, is the second collaborative album by Scottish-American art pop musician David Byrne and English ambient musician Brian Eno. Marking Byrne's eighth studio album overall, the album brings the duo together again for the first time since Talking Heads' Remain in Light in 1980 and the earlier-made-but-later-released My Life in the Bush of Ghosts in 1981— in fact, this album directly owes its existence to that latter one.

Byrne and Eno reconvened in 2006 to put together the 25th anniversary expanded edition of My Life in the Bush of Ghosts, and during a dinner meeting, Eno mentioned that he'd been going through some demo recordings that stretched back as far as eight years and was considering adding vocals to them. Not being a fan of singing his own material, having abandoned his early art rock sound in the late 70's partly because of that, Eno suggested that Byrne be the one to help finish them up. The pair had repeatedly flirted with the idea of collaborating again for several years, and although they initially planned to work on only a few of these demos at most, they eventually grew confident enough to expand it into a full album.

Put together in sporadic sessions over the course of two years (owed to both the physical distance between the pair and their simultaneous work on other projects), this album marks a noticeable shift in both artists' styles, incorporating significant electronic and gospel elements removed from both the mostly acoustic Baroque Pop of Byrne's previous solo album, Grown Backwards, and the ambient material that comprises the majority of Eno's portfolio. With the onset of the 2007 financial crisis and subsequent Great Recession, coupled with the simultaneous commodification of the internet, the duo decided to take this approach and center it around themes of humanity versus technology and the perseverance of optimism in the face of increasingly bleak circumstances, with Byrne's lyrics about the latter being influenced by What Is the What, Dave Eggers' 2006 biography of Sudanese refugee Valentino Achak Deng. This thematic direction would in turn set the tone for Byrne's later work that would culminate in his "Reasons to Be Cheerful" project and American Utopia in 2018.

Fitting with the expansion of the internet in people's lives, Byrne and Eno decided to eschew traditional marketing for the album, in particular avoiding any promotional releases aside from a single live performance of "One Fine Day" for a crowd of senior citizens. Instead, the pair hired Topspin Media to run a viral marketing campaign that advertised the project through word of mouth. Additionally, taking note of Radiohead's unconventional release strategy for In Rainbows, the pair had the album self-released online at exactly 4:00:00 UTC on August 18, 2008. Consumers could also order physical copies of the album, which were delivered by mail within the next three months, after which independent distributors were given further print runs to stock in brick and mortar stores. At the end of the year, the album was released on LP, marking Byrne's first vinyl release since Uh-Oh all the way back in 1992 (and just in time for the Vinyl Revival).

Everything That Happens Will Happen Today was supported by two singles: "Strange Overtones" and "One Fine Day".

In these troubled times, I still can trope: