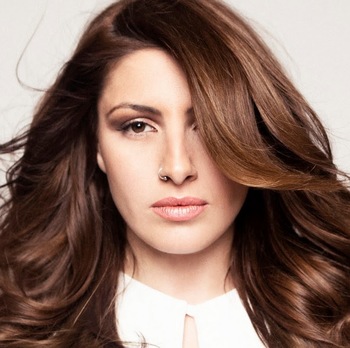 Paparizou is perhaps best known for representing Greece in the 2005 Eurovision Song Contest, where she won with the song "My Number One," giving the country their first-ever victory in the competition.

She also represented Greece —as part of the duo Antique— in 2001, where they finished third in the final. In 2014, Paparizou made a bid to represent her native Sweden at Eurovision though Melodifestivalen with the song "Survivor", but she was ultimately not selected.

Paparizou is widely seen as one of Greece's biggest stars, and has released a total of eight albums (five Greek, three English) to date. In 2016, she joined the cast of The Voice of Greece as a coach.