Music / Doc at the Radar Station 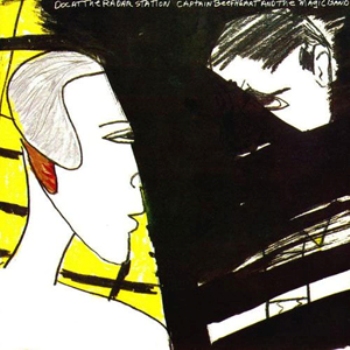 "I think this might be the best batch yet!"
"If you got ears, YOU GOT TO LISTEN!"
— "Dirty Blue Gene".
Advertisement:

The tracks "A Carrot Is as Close as a Rabbit Gets to a Diamond", "Flavor Bud Living" and "Brickbats" were originally recorded for the album Bat Chain Puller, produced by Frank Zappa, but due to his former manager Herb Cohen funding it with Zappa's royalty checks a lawsuit followed and as a result the album stayed on the Shelf of Album Languishment until its posthumous release in 2012 (before that it was heavily bootlegged, however). Beefheart decided to record most of the material again and spread it on his final three albums, Shiny Beast (1978), "Doc at the Radar Station" and Ice Cream for Crow (1982).

Tropes At The Radar Station