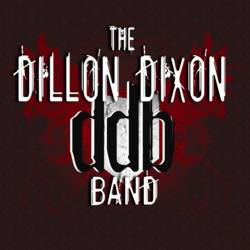 Dillon Dixon Band is an indie Alternative/ Jazz/ Pop band from Nashville Tennessee started by title songwriter Dillon Dixon and composed of several other contributing members. Dixon has also done a number of movie soundtracks with Marco Beltrami; including Terminator 3: Rise of the Machines, Scream (1996), and Amusement.

One member of band's YouTube channel can be found here

, which both contain live Music Videos of a few of their songs