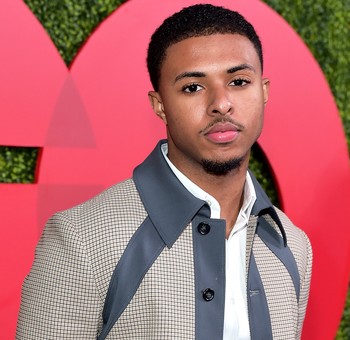 Daniel Dwayne Simmons III, professionally known as Diggy Simmons (born March 21, 1995) is an American rapper, singer and actor. He is the fourth child of Joseph "Rev. Run" Simmons of famed Hip-Hop group Run–D.M.C., and was a part of Run's House, a reality show spotlighting Rev. Run's family. He started his music career in 2009 with a positively-received mixtape, made Hip-Hop magazine XXL's "Freshman List" in 2011 and released two studio albums. Simmons is also an actor, most notably in the series grown•ish.