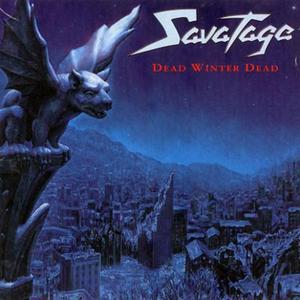 I know you know
In this world you gotta pay
It's all for sale
What's your side, you couldn't say...
No, doesn't matter anyway

The story begins in the center of Bosnia's capital Sarajevo, in a Medieval town square where a gargoyle is perched on the church belfry. This gargoyle has been watching humanity for a thousand years but still has never learned what human emotions really are. He has a perfect eyewitness position to observe the coming events...

It is 1990 and the Cold War has ended. The Soviet Union has collapsed and for the first time in centuries Yugoslavia is an independent nation. It's a time of celebration and optimism and a Serbian man, Serdjan Aleskovic, considers himself damn lucky to be young and alive during this period of hope and prosperity. Unfortunately, even during the celebrations there are selfish, hate-filled men sowing discord and turning Yugoslavia's ethnic factions; the Serbs, the Croats, and the Muslims against each other for their gain. Serdjan and his friends end up in a Serbian militia and soon take to the hills to fire mortars nightly into Sarajevo to chase out the groups who "don't belong" in Bosnia. A Muslim girl, Katrina Brasic, becomes one of the many people seeking out arms dealers and buying the weapons needed to protect themselves from their neighbor's aggressions. A brutal Civil War begins.

In November of 1994 an old Yugoslavian man returns to his hometown and is dismayed. Sarajevo is in ruins, the once-hopeful Yugoslavia lost its bright future and now a war zone. He turns to the heavens and begs God to understand: when Yugoslavians prayed for change in the past they weren't asking to war against each other. The sun sets as he prays and the nightly shelling of the city begins. Defiant, the old man doesn't take shelter but instead climbs a ruined fountain with his cello and begins to play Mozart with mortar shells shrieking and explosions rocking the city. It becomes his nightly ritual and from their fortifications across the city both Serdjan and Katrina find themselves listening to the old man's protest in the heart of the conflict.

The titular winter rolls in and the fighting escalates. Serdjan is on patrol and is horrified to see a schoolyard full of dead children from a mortar round. Wracked with guilt, he finally realizes that he and his friends are being used; the war isn't the glorious birth of a nation but self-destructive slaughter. Refusing to be part of it any longer, he decides to desert at the first opportunity.

Christmas Eve comes, Serdjan and Katrina are at their respective posts listening to the cello player's Christmas carols between the gunfire and explosions. Suddenly the music stops. Both Serdjan and Katrina abandon their positions to investigate the old man's fate. They arrive at the square at the same time and after a moment of tense fear realize they've both come for the same reason. Together, they find the old man is dead in the snow and the cello smashed. A single drop of liquid falls onto the old man's face, they look up to see a cloudless sky and a stone gargoyle in the church belfry. Serdjan can take no more of the war and explains to Katrina that he intends to escape, offering her a chance to come along. She refuses at first because all she sees is his enemy uniform. He pleads with her, explaining that there's more to him then his misguided and renounced faction, and eventually she understands and joins him in exile from their fallen home.