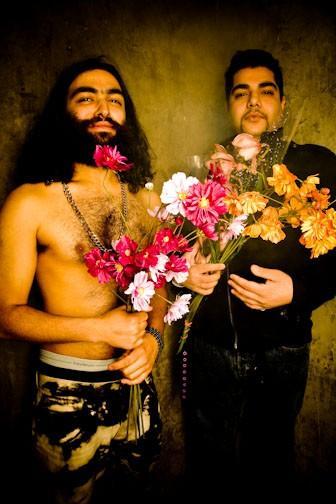 Left to Right: Kool A.D., Heems
Das Racist was an alternative Hip-Hop group consisting of rappers Kool A.D. and Heems and hypeman Dapwell, named after a joke from Wonder Showzen. The trio was known for their style of highly-referential, scholarly, and seemingly nonsensical style of rapping. Their two mixtapes Shut Up, Dude and Sit Down, Man were critically acclaimed and Das Racist was lauded by some as a brave new face of hip-hop and written off by others as college-educated joke rappers. Either way, Das Racist really couldn't care less.
Advertisement:

Their 2011 debut album Relax was met with positive reviews. Das Racist broke up in 2012.

The music of Das Racist provides examples of: