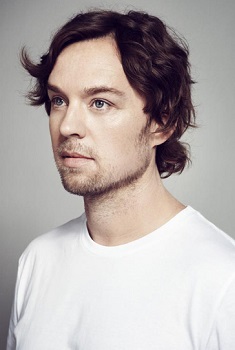 "And darlin', you know
you make me feel so beautiful"
—"So Beautiful"

Darren Stanley Hayes (born 8 May 1972) is an Australian singer/songwriter, best known for being the frontman of Savage Garden in the nineties. He has since gone on to have minor success with his solo career.

Growing up in Brisbane, he had a difficult childhood, with an abusive alcoholic father, and being a victim of school bullying. In 1993, at the age of 21, Hayes answered an advertisement Daniel Jones had placed, looking for a vocalist for the band Red Edge. That band didn't last long. Hayes and Jones partnered up, going by Crush, then Bliss, then finally Savage Garden.The band broke up in 2001, after recording two albums. Hayes then went on to a solo career spanning four albums as of 2011.

As a part of Savage Garden