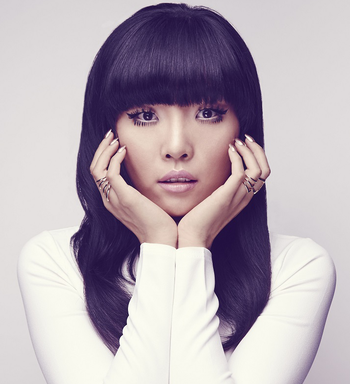 Dami Im (born 17 October 1988) is a Korean-Australian singer-songwriter and musician.

Im is perhaps best known for representing Australia in the Eurovision Song Contest 2016, where she placed second with the song "Sound of Silence", which currently remains the country's best-ever result since they began competing in 2015. Though she didn't win the competition, "Sound of Silence" was her year's winner of the jury vote, and the song itself became a hit worldwide off its success at Eurovision.

Outside Eurovision, Im was previously notable for winning the fifth season of The X Factor, under the mentorship of Dannii Minogue. Her cover of "Purple Rain" by Prince during the competition was particularly well-praised.

She's released a total of three studio albums to date: the self-titled Dami Im, Heart Beats, and Classic Carpenters, the latter of which being a cover album of songs by Carpenters,