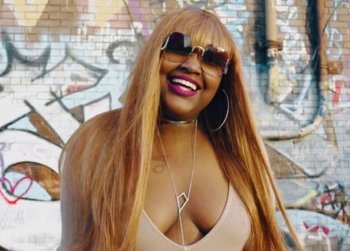 Her songs ? Cherry poppin' on 2 magnificent cakes.
"People were thinking, 'She's so vulgar. She's bold. We're going to get a mixtape that's nasty.' And then they come to find out there are only three songs on the mixtape that are [explicit]. I tried not to put a mixtape out ... where every song is about a relationship, or the whole mixtape is about sex or homelessness. No. I try to [tackle] different subjects each time I write."

Elizabeth Eden Harris, known professionally by her stage name as CupcakKe, is an American hip hop recording artist from Chicago, born in the same city in May 31, 1997. Raised by a single mother, CupcakKe spent nearly four years in Chicago’s homeless shelters starting at age seven. When she was thirteen years old, she was encouraged to turn her church poetry into rap music and became fond of this type of music.

As you can guess, her songs tend to deal with sexual topics which make her standing out thanks to her humourous tone. However, she also likes to diversify her topics, for example: homelessness, gun violence or sexual orientation. She nicknamed herself her fanbase, the slurpers.

She went to the same elementary school than Chief Keef and Lil Reese.