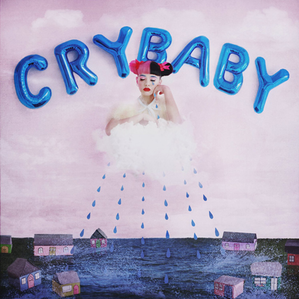 "Your heart's too big for your body, that's why it won't fit inside."
"I think being emotional is this thing that people think you're not strong. They don't look at you as a strong person, and it's weird 'cuz honestly being emotional has nothing to do with your strength."
Advertisement:

Cry Baby is the 2015 debut album of indie singer Melanie Martinez, fresh off the The Voice. The album, an eerie electrop explores dark themes in the life of a sensitive young girl, Cry Baby. It was ranked at #153 on the Billboard 200.

It is the first installment of the Cry Baby Universe. It is followed by the 2019 film K12.

"So what if I'm troping? The best people are":

"So what if I'm crazy? The best people are."