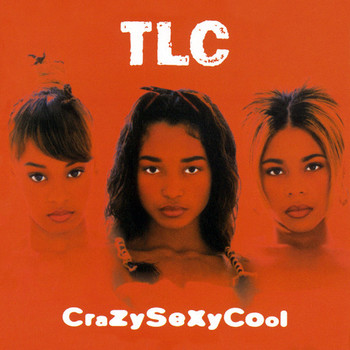 So I creep, yeah, just keep it on the down low
Said nobody is supposed to know
Either your butt's too big
Or your hair's too long
Or your eyes too wide
Or your head's too strong
Either you got too much
Or you got too less
Either you're under woman
Or you're over dressed (ha!)

CrazySexyCool is the second studio album recorded by the American musical group TLC. It was released through Arista Records via their LaFace label on November 15, 1994.

CrazySexyCool is TLC's most successful and most critically acclaimed album, which makes it all the strange it was somewhat of a Troubled Production in recording. Member Lisa "Left-Eye" Lopes was stuck in rehab after burning down the mansion of her then boyfriend football player Andre Rison (It's a Long Story...) and couldn't be released often to record. The group themselves owed money to several producers and managers. Despite this, TLC would stick it through and with the help of producers such as Babyface, Organized Noize, Dallas Austin, Jermaine Dupri, and Sean Combs, they would record and release to be what is considered their greatest work.

CrazySexyCool was one of The '90s' top selling albums; peaking at #3 on the Billboard 200 Album chart in the United States. it would hit #5 on the Year-End chart in 1995, and stay at #22 on the 1996 Year-End chart. It would eventually end up selling 14 million records worldwide, making TLC the first—and so far only—American Girl Group to have a record that was certified Diamond by the RIAA. It would finish #25 on the Decade-End Billboard Top 200 chart for the '90s.

The album was supported by four singles: "Creep", "Red Light Special", "Waterfalls", and "Diggin' On You". All were Top 5 on the Billboard Hot 100, with "Creep" and "Waterfalls" both hitting #1. The music video for "Waterfalls" would become enormous on MTV, and would win four Moonmen at the 1995 MTV Video Music Awards, including overall Video of the Year.

"I pray all ten fade away, seldom praise Him for the sunny tropes"