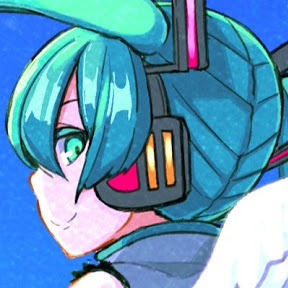 cosMo, also called Bousou-P after one of his more popular works, is an animator and prominent Vocaloid composer. He has become famous in the Vocaloid community for producing a vast number of extremely fast-tempo songs (often over 200 bpm), pushing the software to its limits. He has composed music sung by Hatsune Miku, Kagamine Rin and Len, Megurine Luka, Gumi, and Gakupo; while most of cosMo's works are Miku songs, he claims that his favorite Vocaloid is Kagamine Len.

He does a number of his illustrations himself, and also has personally covered a number of Vocaloid songs. cosMo is said to have an unusually "cute" voice for a male singer. (Judge for yourself

.) In fact, he released a Vocaloid cover CD called "What Do You Mean You're Gonna Sing?!!", in which he covers a number of his own works.

cosMo has produced three series—the Fantastic Garden series, its sequel The Star Girl and the Illusion Paradise, and The Disappearance of Hatsune Miku, which is responsible for his leap to fame. He has produced a number of mini-albums, and his songs are often included in Miku compilation CDs. Fantastic Garden is known for being extremely surrealist, and The Disappearance of Hatsune Miku chronicles the experience of what life is like for an actual Vocaloid program with a merciless eye. The Disappearance series, along with a few new songs, has been released as a full-length CD which will also be cosMo's major debut. The album has also spawned a light novel written by cosMo himself in 2013.

and several BEMANI games, including Sound Voltex and beatmania IIDX. While he does produce some BEMANI songs featuring Vocaloids, some of his other songs are completely original works with no Vocaloids, sometimes instrumental works (such as the majority of his Diverse System works), most notably "For UltraPlayers", which was used for the final round of the Sound Voltex tournament at Konami Arcade Championship 2013 and is one of the hardest songs in the entire game.

The Star Girl and the Illusion Paradise series includes:

Other songs, remixes and covers: