Music / Confessions on a Dance Floor 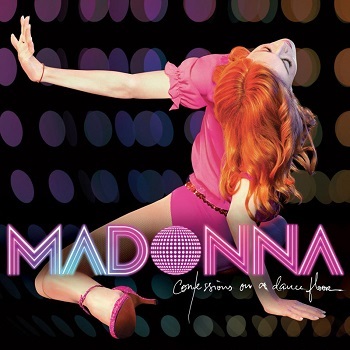 Every little thing that you say or do
I’m hung up, I’m hung up on you
Advertisement:

Confessions on a Dance Floor is the tenth studio album by American pop singer Madonna, released in 2005. Considered her second comeback album after the failure of American Life, it received overwhelmingly positive reviews from critics and fans alike.

A New Sound Album, the album is a combination of 1970s and 1980s disco, as well as modern-day club music. It ultimately topped the charts in 40 countries and was the sixth-highest selling album of 2005 - despite being released mid-November.

Singles include "Sorry", "Get Together", "Jump" and the ABBA-sampling "Hung Up" - considered to be one of the more iconic latter-day Madonna songs.