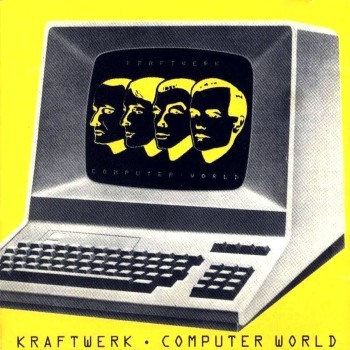 "By pressing down a special key, it plays a little melody."
Advertisement:

Computer World (original German title: Computerwelt) is a 1981 album by Kraftwerk, the eighth studio album in their catalogue. It's well received as one of their best albums and had hit singles such as "Pocket Calculator" and "Computer Love"

The record is a Concept Album about the rise of computers within society, and is arguably their most stripped-back and mechanical album to date, anticipating the Techno and Electro scenes that would emerge during the decade. Coincidentally, this was released the same year IBM released their first personal computer.