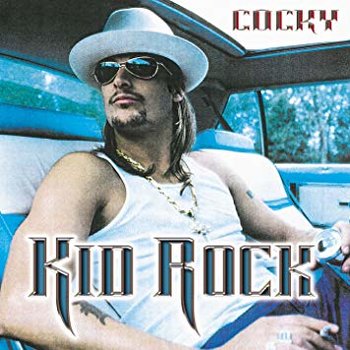 Cocky is Kid Rock's fifth album, which saw him drawing more from Southern Rock and Blues Rock. While still featuring rapped vocals and Hard Rock riffs prominately, there is overall more singing, more ballads, and a more eclectic variety of songs compared to his previous album, Devil Without A Cause. While Devil is predominantly considered a Rap Rock (or Rap Metal) and Hard Rock album, Cocky more prominently features Southern Rock styles, although the Southern sound is often combined with rap, such as on "Forever".

The album features several of his most popular songs, including the singles "Forever", the Southern Rock ballad "Lonely Road of Faith", "You Never Met a Motherfucker Like Me", and his second crossover country hit "Picture", featuring Sheryl Crow.

Cocky went platinum five times, marking another huge hit for Kid Rock and continuing his success into the 2000s.