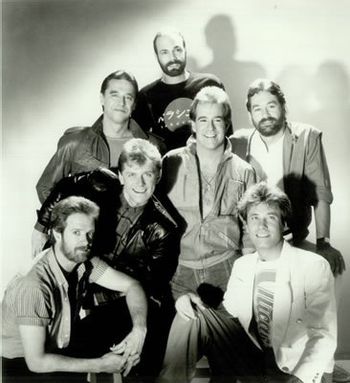 "In the early 1970s when a band lived and died by radio, Chicago ruled the waves with a brass fist..."
— Liner notes for The Chicago Story
Advertisement:

They have won a total of five Grammy Awards out of 19 nominations: three in 1977 connected to Chicago X and "If You Leave Me Now", and two in 1985 for "Hard Habit to Break" from Chicago 17. Their first album was inducted into the Grammy Hall of Fame in 2014, and the band was granted the Grammy Lifetime Achievement Award in 2020. They were inducted into the Rock & Roll Hall of Fame in 2016.