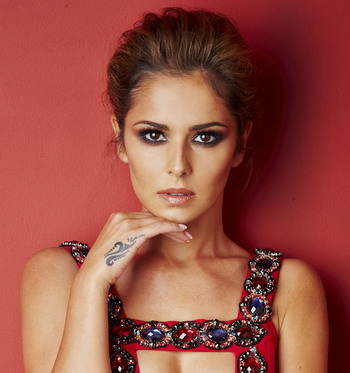 Cheryl is best known for being a founding member of the girl group Girls Aloud, with whom she performed since their inception on Popstars in 2002 until 2013. With them, she boasts twenty consecutive top ten singles on the UK Singles Chart (including four number ones) and five studio albums.

While in the group, she began her role as a judge on The X Factor (originally from 2008 — 2010 and then again 2014 — 2015), where she mentored the likes of Alexandra Burke, Cher Lloyd, and Diana Vickers, while additionally helping create One Direction. During this time, she also launched a successful solo music career, setting a record for the most number one singles by a British female artist with five total.

In conjunction with her music career, she's noted for being a "style icon", having appeared in many fashion and gossip magazines due to her attractiveness.

Cheryl is just as known for her checkered personal life, having changed her professional name thrice. She was married to footballer Ashley Cole from 2006 to 2010, but kept his name for years after their divorce. In 2014, she married French restauranteur Jean-Bernard Fernandez-Versini after only three months of dating —changing her professional credit to Cheryl Fernandez-Versini as a result— but separated from two years later.

From 2016 to 2018, she was in a relationship with One Direction's Liam Payne (whom she first met while serving as a judge on X Factor when he was fourteen) and gave birth to their first child, Bear Grey, in 2017.

Not to be confused with the similarly-named Sheryl Crow, nor the drag queen (and impersonator) Cheryl Hole.