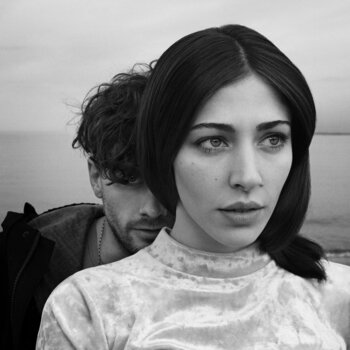 Chairlift was a band formed in 2005 by two University of Colorado students with the initial aim to create “haunted house music”. The two students were Aaron Pfenning and Caroline Polachek, the latter who made quite a name for herself solo. But before that happened, in 2006, along with a bassist by the name of Kyle McCabe, they released an EP called Daylight Savings. Later that same year, the two members (one of them who was still in college) moved to Brooklynn. One year later, they signed to a records company, and added their new friend Patrick Wimberly as a third member.

In 2008, they released their first full-length album Does You Inspire You. The album received OK reviews, and was a commercial failure, but the love song "Bruises" became trending, even playing in the background of an Apple commercial. The music video for “Evident Utensil” was also nominated for an MTV award. Despite the technical failure of Does You Inspire You, in 2009, the band ended their contract with Kanine Records, and was able to sign to the major Columbia Records. They also opened for some popular bands like MGMT or The Killers.

Aaron left the band one year later. The remaining duo was silent for some time, but then they released their second album, by the name of Something (yes, that is the name of the album) in 2012 to moderate success (it debuted on the Billboard 200, albeit on the rear end). This one got much more praise from critics, and surprise: even Beyoncé liked it, so much so, that they would later work with her (and her sister, Solange). As it became popular in Japan also, the band released a Japanese version of “I Belong In Your Arms”.For the next four years, the band didn’t really do much. Caroline went solo for some time, and released an EP in 2013, and in 2014 an album called Arcadia under the alias of Ramona Lisa.

The band made a comeback in 2016, with the more poppier and mainstream album Moth. This would be their last album to date: the duo dispersed in 2016, holding a farewell tour in 2017.

Afterwards, Caroline released an instrumental album under the alias of CEP, and in 2019 made her solo debut under her real name. This earned her much critical acclaim and success: as of 2022, she had about two million monthly listeners on Spotify constantly. She even worked with some well-known names like Charli XCX, Flume, and oh, she also appeared on the soundtrack to Minions: Rise of Gru.

As for Patrick, he stayed working as a producer/songwriter, working with names such as MGMT, and Blood Orange.

The band is usually categorized as Synth-Pop, electropop, Dream Pop, and indie R&B.

Tropes applicable to Chairlift’s members, and its music: