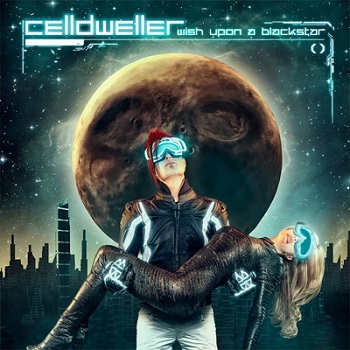 Celldweller is an award-winning American Heavy Metal/Electronic Music project, formed in 1999 in New York City, but now based in Detroit, Michigan. The project was formed by multi-instrumentalist, DJ and Record Producer Klayton (formerly Scott) Albert, who was once involved in several electronic music and Industrial Metal projects, most notably Angeldust, a collaboration with renowned illusionist Criss Angel. To date, the project has spawned six studio albums, nine EPs and several successful singles.

Celldweller's music is incredibly diverse and multifaceted, and is commonly described as a fusion of Heavy Metal, trance, drum and bass, dubstep, and industrial, with elements taken from many other heavy music genres. The project has also been classified as Nu Metal and gains its pride as one of the Ensemble Darkhorses of the genre. Celldweller's music has frequently appeared in television shows, movies, and video games, more prominently appearing in Dead Rising 2, Need for Speed, and the 3rd season of Killer Instinct (2013).

Covered on this page are also Klayton's other current music personas: Circle Of Dust (His predecessor to Celldweller which tends to focus more on pure Industrial Metal. Was abandoned when he had a falling out with his label and revived in 2016 after he got the rights back, Scandroid (a Synthwave project), Freq-Gen and simply Klayton (described as "musical playgrounds", basically used for stuff that are somehow even more experimental than Celldweller.

Tropes demonstrated by the Songs, Lyrics, and Music Videos