Music / By the Way 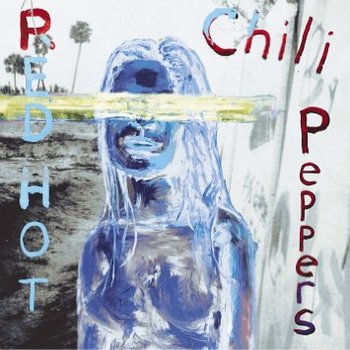 By the Way is the eighth studio album by Red Hot Chili Peppers, released in 2002. Known for its hit singles "By the Way", "Universally Speaking", "Can't Stop", and "The Zephyr Song", the album enjoyed significant success since it was a welcome follow-up to their previous hit album Californication. The ensuing tour for By the Way drew some of the band's largest audiences to date, and spawned the highly successful live performance CDs Live in Hyde Park and Live at Slane Castle.

John Frusciante was the primary creative force on the record. Adding Echoing Acoustics and instrumentals on most of the tracks, he created Lighter and Softer melodies which emphasized the band's strengths as complex songwriters. Funk Rock jams, the band's Signature Style, played less of a role since Frusciante used synthesizers, overdubbed guitars, and soundscapes to compose much of the instrumentation. This created tension with Flea, whose bass playing was understated on the record, and at one point the bassist considered quitting the band. Nevertheless, Frusciante was able to compromise with his bandmates and the Chilis were able to remain intact.

The album remains a controversial for some fans since it was such a New Sound Album, and some critics maintained that the album was significantly more mainstream than any of the band's previous work. Nevertheless, By the Way and its successor, Stadium Arcadium, solidified the band's venture into Alternative Rock. It is seen as crucial in the band's development thanks to its mature lyrics and ambitious instrumental pieces.

The world I love, the tropes I hop, to be part of the wave, can't stop