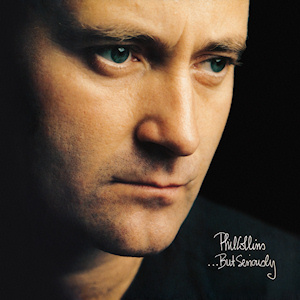 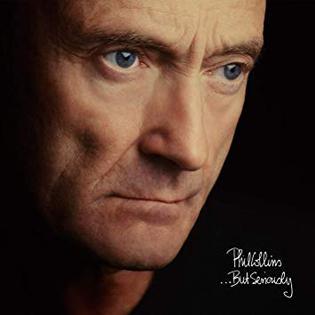 There are things we won't recall
And feelings we'll never find
It's taken so long to see it
Cause we never seemed to have the time
There was always something more important to do
More important to say
But "I love you" wasn't one of those things
And now it's too late
—"Do You Remember?"
Advertisement:

Following the tour to promote the latest album for Genesis, Invisible Touch, even Phil knew he was oversaturated in the market. He took a moment to try his hand at acting, starring in the 1988 film Buster, a Rom Com based on The Great Train Robbery.

For that film, he recorded two songs: "Two Hearts", and "A Groovy Kind of Love".

If he wanted to avoid oversaturation, he failed. Not only that, but fans were starting to think he was becoming too soft as a recording artist.

When he returned to the recording studio in 1989, Phil sought to tackle some serious issues with his songs. Some of the material dated back to the 1970s. His Protest Songs ran the gamut, shining lights on homelessness, Apartheid in South Africa, even The Troubles.

His less political songs from this album would dabble in soul and gospel influence.

Phil went on a world tour to promote the album throughout 1990, playing 121 concerts over five legs. The concert in Berlin on 15 July 1990 was recorded and filmed for a live album and concert film.

"I only wanted someone to trope"