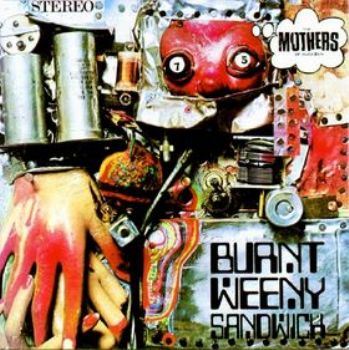 Fit for a holiday in Berlin
Advertisement:

Burnt Weeny Sandwich is a 1970 album by Frank Zappa and the Mothers of Invention. It was released after Zappa had disbanded the Mothers a year earlier. It's a partial studio and Live Album and generally considered to be one of Zappa's more minor works, never reaching the same classic status as some of his other works. Still most Zappa fans enjoy it, especially for the long instrumental jams and melodious orchestrations. Fan favorites like "Holiday in Berlin", "Aybe Sea" and "The Little House I Used To Live In" debuted on this record.