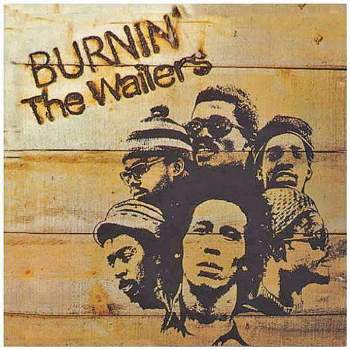 "Get Up, Stand Up: Stand Up For Your Rights!"
Advertisement:

Burnin' is a 1973 album by Bob Marley And The Wailers. It was released in 1973 and scored hits with "Get Up, Stand Up" and "I Shot The Sheriff"."I Shot The Sheriff" 's success was aided by Eric Clapton who had a hit with a Cover Version of Marley's original around the same time.

In 2007, it was added to the National Recording Registry for its "historical, cultural and aesthetical significance".