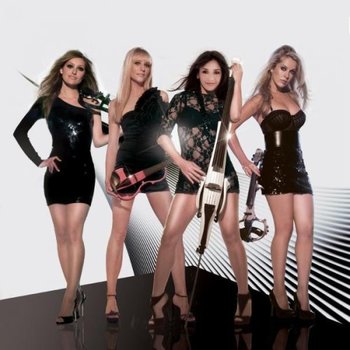 Bond or BOND (formerly often typeset as bond in deference to the owners of the 007 trademark) is an Australian/British string quartet that specialises in classical crossover and synth-pop music. The quartet has sold over 4 million records.

Tropes related to BOND and their music: