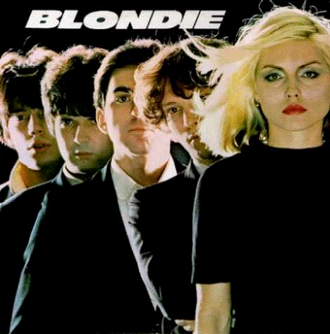 Blondie is an American rock band that formed in 1974-1975, first gained fame in the late 1970s and has so far sold over 60 million records. The band was a pioneer in the early American New Wave and Punk Rock scenes. Its first two albums contained strong elements of these genres, and although successful in the United Kingdom and Australia, Blondie was regarded as an underground band in the United States until the release of Parallel Lines in 1978. Over the next three years, the band achieved several hit singles and was noted for its eclectic mix of musical styles incorporating elements of Disco, Pop and Reggae, while retaining a basic style as a New Wave band.

Lead singer Deborah Harry achieved a level of celebrity that eclipsed other band members, leading to tension within the group. Following the poorly received album The Hunter and with core member Chris Stein diagnosed with a potentially fatal disease, the group disbanded in 1982. As members pursued other projects, Blondie's reputation grew over the following decade and the group reformed in 1997, achieving renewed success and a number one single in the United Kingdom with "Maria" in 1999. The group toured and performed throughout the world over the following years, and was inducted into both the Rock and Roll Hall of Fame and the RockWalk of Fame in 2006.