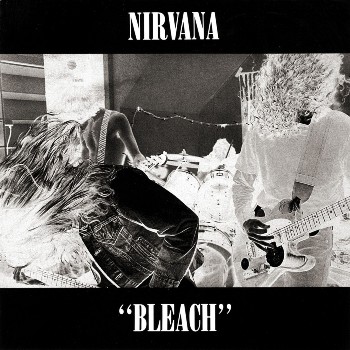 Bleach is the debut studio album by Nirvana, released in 1989. It is their only album released under Sub Pop. It was recorded with No Budget higher than 600 dollars and didn't make much of an impact back then. That would change after the smash success of Nevermind in 1991. Bleach is the lone Nirvana studio album recorded with Chad Channing on drums, before he was replaced by Dave Grohl. However, he does appear on one song in Nevermind.

Bleach is best known for the fan favourites "About a Girl", "School" and "Negative Creep".

The album has nothing to do with the identically-named manga created by Tite Kubo or its associated works.

Tracklist (* = Not included on the original vinyl release):

I need some easy tropes, I do think it would fit here too: