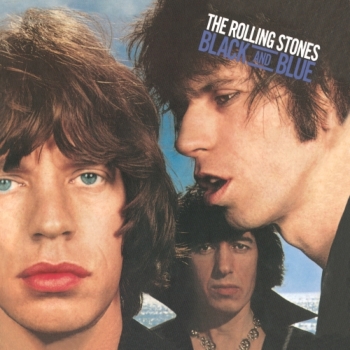 Black and Blue is the thirteenth studio album (fifteenth American album) by The Rolling Stones, released in 1976. It is their first studio album with Ronnie Wood of the Faces (He replaced Mick Taylor, who had quit at the end of 1974), although he didn't appear on much of it (not unlike his predecessor on Let It Bleed), and didn't became an official member of the band until just before release. Guitarists Wayne Perkins and Harvey Mandel (the latter a member of Canned Heat) also appeared on much of the record, and Keith Richards later said of the album "Rehearsing guitar players, that's what that one was about".

The ballad "Fool to Cry" was a major hit single for this album, and remains a fan favourite.