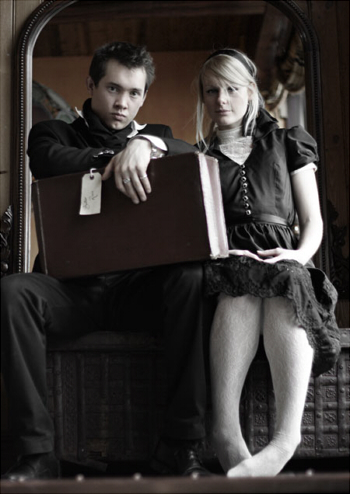 Bitter Ruin is an acoustic dark cabaret/dark flamenco band formed by the classically trained Georgia Train and Ben Richards who met in Brighton in music school.