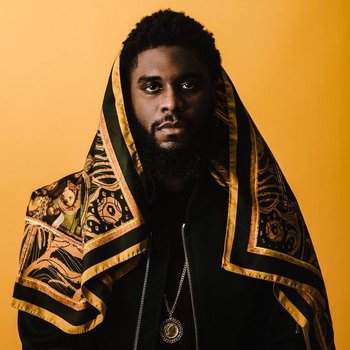 A king remembered in time.

Big K.R.I.T., is an American rapper/producer from Meridian, Mississippi.

Born on August 26, 1986, K.R.I.T. would begin his musical career by producing tracks out of financial necessity, starting out by using the MTV Music Generator on the Sony PlayStation under the moniker Kritikal, before shortening it to K.R.I.T.. His early mixtape cycle began with See Me on Top in 2005 and culminated in 2010 with K.R.I.T. Wuz Here. The latter of which was released when he signed to Def Jam Recordings.

In 2011, K.R.I.T. would release Return of 4eva, acknowledged with accolades by Rolling Stone and Spin magazines as one of the year's best releases, and earning inclusion in XXL magazine's annual Freshman Class feature. While under his Def Jam stint, he would release Live from the Underground in 2012. Bolstered by features from the likes of Ludacris, Bun B and B.B. King, it would become a commercial and critical hit and would tour in support of it.

By 2013, he'd have announced and released his tenth and eleventh mixtape, King Remembered In Time and See Me on Top IV in addition to announcing plans to release his second studio record, Cadillactica. Cadillacticawould be released on November 11 in 2014 to further critical acclaim, but to lesser commercial success. This would also be marked as his last record release for Def Jam, with him leaving the label in 2016 to start a independent called Multi Alumni. Whose creation would soon be followed by the release of 4eva Is a Mighty Long Time in 2017, his third studio release and most wide ranging so far, with features from artists as varied Jill Scott, Bilal and Robert Glasper.

The following year brought a trilogy of brief releases with the EPs Thrice X, Double Down, and Trifecta. Eight tracks of which constituted the acronymically titled 2019 release TDT. Which by itself would foreshadow the release of his fourth studio album K.R.I.T. Iz Here in 2019.