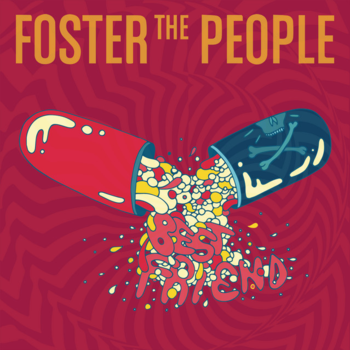 "Best Friend" is a song by American Indie Pop band Foster the People. It was the seventh track on their album Supermodel and the third single off of said album. It reached number 48 on Bilbord's "US Alternative Songs" chart and number 19 on their US "Bubbling Under The Hot 100 Singles" chart.

The song also featured an accompanying Music Video directed by Ben Brewer. The video follows a struggling supermodel (played by Melissa Stetten) working her way up in the industry by swallowing her fellow models whole and absorbing different desirable aspects of their appearance. This continues on until the model slowly starts to completely become warped and unrecognizable. And things only get worse from there.

The song and music video can be seen here