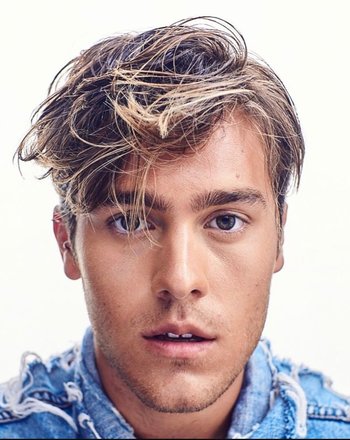 After winning Melodifestivalen with both the jury and popular vote, Ingrosso is best known for representing Sweden at the Eurovision Song Contest 2018 in Lisbon with "Dance You Off", where he ultimately placed seventh in the final. He previously competed at Melfest the year prior with "Good Lovin", which finished fifth in the final, and also won the juniors edition of Melodifestivalen in 2006, with the song "Hej Sofia".

He's known for his endeavors outside music as well. In 2014, Ingrosso won the Swedish edition of Dancing with the Stars with professional partner Ingrid Bernson, who would later compete against him at Melodifestivalen in 2018. Ingrosso has also performed in musical theatre in Sweden.

Ingrosso comes from a recognizable family in the Swedish entertainment industry. His mother, Pernilla Wahlgren, is a famous singer-actress and fellow Melodifestivalen alum. Charlotte Perrelli (winner of Eurovision in 1999 and Sweden's representative in 2008) is his former aunt-by-marriage, and he even competed against her at Melodifestivalen in 2017. His sister, Bianca Wahlgren Ingrosso, is also a singer-actress, and serves as a judge on Sweden's version of Got Talent. His cousin, Sebastian Ingrosso, is a record producer and DJ best known as one-third of the EDM supergroup Swedish House Mafia.