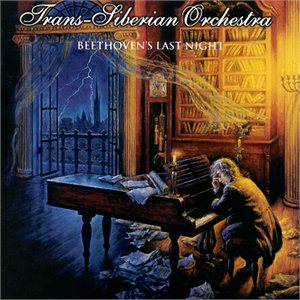 A Rock Opera by the Trans-Siberian Orchestra, detailing the final hours of the life of composer Ludwig van Beethoven, released in 2000.

Shortly after completing his "10th Symphony", Beethoven is visited by the goddess Fate and told that he is about to die. Immediately following this, the devil Mephistopheles arrives and lays claim to Beethoven's soul, but is willing to exchange it for the 10th Symphony. The album follows Beethoven as he looks back on his life of hardships, wondering what he could have done differently to avoid this confrontation.

The album can be found here