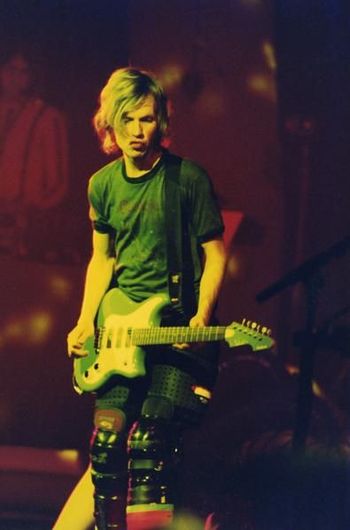 He's upset because someone misplaced his Becktionary...
Advertisement:

He first rose to popularity with his underground works, gaining a hit with his breakthrough single "Loser" in 1993. Afterwards, he earned great critical acclaim and commercial success with the album Odelay, escaping the threat of becoming a One-Hit Wonder.

Since then, he has released 9 more albums, his latest being 2019's Hyperspace. During this time, he had become noted for the large variety of genres his work takes in. Critics have deemed him one of the most definitive solo artists in Alternative Rock (if not the most influential), with Odelay and Sea Change being among his most acclaimed records.

Not to be confused with Jeff Beck, Glenn Beck, or the manga Beck and its anime adaptation.

I wanna defy the logic of all Trope Laws...: